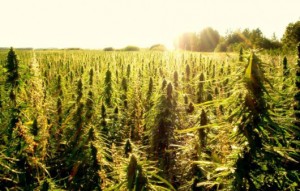 Portland, Ore. — Cannabis may be legal in Oregon, but police are still waging a war on weed.

A KGW investigation found the U.S. Drug Enforcement Agency is sending more than $750,000 to police in Oregon this year to snuff out pot operations.

“We have states like Oregon, Washington and Colorado that have legalized marijuana and then you’ve got the federal government trying to eradicate it,” said Lieu. “That doesn’t make any sense.”

Congressman Lieu is pushing to get rid of the DEA’s $18 million marijuana eradication program.

In Oregon, the bulk of the anti-pot money is used for police to search for marijuana farms by helicopter and then have officers trample though the woods to pull out plants.

“Those of us in reform have always seen eradication programs as largely a make-work, overtime program for cops to go pull weeds and spend taxpayer money on helicopters,” said Russ Belville, executive director ofPortland NORML (National Organization for the Reform of Marijuana Laws).

In August, the Oregon Department of Justice gave $450,000 of federal money to Brim Aviation of Ashland to help look for marijuana farms.

Take a look at the Marijuana Eradication Helicopter Contract 2015

Here’s the news report on KGW.