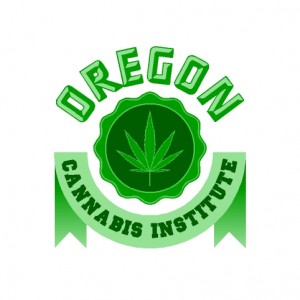 Oregon voters said yes to marijuana Tuesday, making the state the third to allow the possession and sale of cannabis for recreational rather than strictly medical use.

The crowd at the Southeast Portland club Holocene, where Yes on 91 held its victory party, erupted into rowdy cheers upon learning Measure 91 had passed. Someone in the audience yelled “Legal cannabis, baby,” as longtime legalization advocate Anthony Johnson took the stage. He called the vote “decades in the making.”

“We have ended a painful, discriminatory, harmful policy that has terrible consequences for our state,” Johnson said. “We replaced it with a policy that is smarter, more humane. … It’s a policy whose time has come.”

The closely watched vote on Measure 91 represents a major victory for state and national marijuana legalization advocates. They viewed Oregon, already home to a robust medical marijuana program, as part of a key second wave of states to legalize cannabis for recreational use.

Video: Crowd reacts to legal marijuana in Oregon Measure 91, which legalizes recreational marijuana use in Oregon, passed in the Nov. 4, 2014 election.

Oregon joins Washington state and Colorado, the first states to legalize pot for recreational use in 2012. Earlier in the night, Washington, D.C., voters approved a measure allowing residents to possess and grow — but not sell — marijuana. Alaska voters were also considering legalization Tuesday.

Oregon’s Measure 91 took elements from both the Washington and Colorado laws and was primarily financed by out-of-state donors and groups seeking national reform of drug laws. The Yes on 91 campaign collected about $4 million, compared to less than $200,000 raised by the No on 91 effort.

Clatsop County District Attorney Josh Marquis, who opposed marijuana legalization, called the race a “David vs. Goliath.” He said Oregonians aren’t likely to see much of a difference when it comes to law enforcement, which already views marijuana as a low priority.

“Marijuana was very low on the priority list in Oregon,” he said. “And now it will essentially be totally crossed off.”

The measure, which will not take effect until July 1, 2015, allows adults 21 and older to possess 1 ounce in public and up to 8 ounces at home, as well as a variety of other marijuana-infused products.

The Oregon Liquor Control Commission will get the job of regulating marijuana production and sales. Tax revenue generated by marijuana will go to public schools; mental health and addiction services; law enforcement; and the Oregon Health Authority. Using marijuana in public or while driving will be prohibited. Current medical marijuana laws won’t change.

Oregon voters rejected marijuana legalization two years ago, and sponsors of Measure 91 hoped this year’s version would be seen as having more regulatory controls than what was on the ballot in 2012.

Unlike the 2012 marijuana initiative, which failed by six percentage points, Measure 91 had a large advertising budget that featured, among others, a retired judge, a retired deputy sheriff and a former top drug addictions official for the state. The campaign deliberately stayed away from any hints of the marijuana culture, even using colors in their signs that avoided any hint of green.

Opponents seized on the wide array of marijuana products  — ranging from pot-laced gummy bears to sugary sodas containing the drug – for sale in Colorado that they said were aimed at enticing youthful consumers.

The measure is “about creating a big marijuana industry,” said Mandi Puckett, a drug education worker who headed the No on 91 campaign.

According to incomplete returns, Measure 91 benefited from overwhelming support in Multnomah County, home to about 20 percent of expected voters statewide.

Ethan Nadelmann, whose organization Drug Policy Alliance was a major funder of the Oregon measure, called the win “fantastic news,” particularly since it came during a year when a presidential election wasn’t on the ballot.

Conventional wisdom suggested waiting until 2016, but Nadelmann’s group pushed ahead this year despite concerns about low voter turnout.

“It’s just a fantastic victory, all the more so because it’s in a non-presidential election year,” Nadelmann said. “I think it bodes very well for 2016 and the years beyond.”

Kevin Sabet, a high-profile opponent of marijuana legalization who traveled to Oregon twice this year with an anti-pot message, said the Measure 91 results mean cannabis opponents need to get even more serious in 2016.

“We are going to redouble our efforts,” he said. “We can now get very serious with potential donors and supporters about how important 2016 is.”

He said opponents will continue to press their case as Oregon drafts rules for the recreational pot industry.

“Even in Oregon the conversation is not over,” he said. “We are going to make sure we are watching the marijuana industry and make sure they don’t get everything they want. This conversation about marijuana is just beginning. It’s certainly not ending.”