Oregon’s Governor has signed 787 bills this year; the “dispensary bill” was one of 66 that he signed on Wednesday.

Critics tried to convince the Governor that giving patients legal access to their medication could “lead to abuses” including marijuana sales for profit, and the governor responded to them saying he understands their concerns and shares them “to a certain extent”, in a letter explaining his decision.

“Initially, his staff said he intended to sign it, then Representative Andy Olson, law enforcement and other MMJ opponents strongly urged him to veto it,” Todd Dalotto said. Dalotto is Chairman of the Oregon Health Authority’s Advisory Committee on Medical Marijuana (ACMM). The bill was rejected twice but that seemed to just fuel the fire of advocates, determined to see it through.

“Signing HB 3460 is a good opportunity for Governor Kitzhaber to demonstrate leadership on regulating safe access to medicinal cannabis,” Dalotto said. “As a physician, the governor ought to recognize the importance of untangling responsible medicinal dispensing from criminality.”

Governor Kitzhaber had until August 12th to sign an “intent to veto” letter, which he did not sign. Still, he didn’t sign the bill. Activists waited, anxiously. If he did not veto it but didn’t sign it, it would have become law after August 18th, by default.

Authorities took the time to investigate and ensure that the new law will not be used by the black market. Apparently the overwhelming evidence did not support the opposition, and Kitzhaber chose not to veto the dispensaries measure.

And then, today, he went one step further; he signed it into law.

Now, instead of operating in the “legal gray area”, Oregon medical marijuana dispensaries and co-ops will be able to feel secure that the legal system will support and protect them, not be a risk to their existence. On the state’s side, this is an opportunity for them to regulate and inspect the businesses.

“While Oregon has one of the longest-running, most successful medical cannabis registration system, the lack of a regulated dispensary system has plagued the state and hurt patients unable to attain medicine,” said Anthony Johnson of the National Cannabis Coalition.

“Hopefully, the days of these unnecessary persecutions can now end as medical marijuana facilities and growers will be able to recoup “normal and customary costs of doing business.” 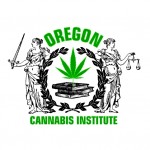 Other states are in the process of opening dispensaries, including Connecticut, Massachusetts, Nevada, Vermont, and Washington, DC. And Oregon, of course.

“Oregon has been ahead of the pack in so many ways, I am really glad to see our Governor stepping up to the plate and doing the right thing for our citizens,” said Jim Wakefield of CannaMedicine on State Street in Salem. “We have always believed that someday the government would see the light. The people of our state and our country need to come first, and they need this medicine.”

For now, storefronts in Oregon are still not state-sanctioned. The Oregon Health Authority, has until March 2014 to create the rules for security, marijuana testing and other issues. There’s some red tape to sort through, for everyone involved.

“We are really excited about moving forward,” said Johnny Anderson of the Herbalist Farmer in NE Portland.

“That our patients feel secure in the knowledge that their best interests are the priority of our establishment and the State of Oregon, is a great thing. Sick people have enough to think about, they shouldn’t have to worry about where to get their medicine, legally. And the quality really matters. Now they will be able to make much more informed decisions about the dispensaries they choose.”

Madeline Martinez, owner and Proprietress of The World Famous Cannabis Cafe said she’s been predicting the end of prohibition for years.

“We have been working toward full legalization so that everyone can have access to this wonderful, medicinal, spiritual herb. It is an option that most people would like to choose, and making it legal is the only way to take the best care of our brother and sisters everywhere,” Martinez said. “This dispensary law is a big step in the right direction.”

Oregon is known as a grass roots state, and the description is very suitable in the fight for ending marijuana prohibition. Oregon decriminalized marijuana in 1973, the first U.S. state to decriminalize the possession of small amounts of cannabis.

Oregonians who have dealt with the justice system in regard to marijuana use and/or cultivation outside the medical program are keenly aware that possession of up to an ounce of marijuana is a violation, not a crime, and is punishable by a fine of (usually $500 – $1000).

Though it is often discussed with casual jest, the cannabis crop is a big economic boon for Oregon. Back in 1985, some estimated that cannabis was the largest cash crop in the state, at up to $1.15 billion. Today, Oregon is known to be one of the largest cannabis producing states, ranking fourth in indoor production, and tenth overall in 2006.

There have been those that have tried to fill Oregon jail cells with pot smokers.

In 1997, the Oregon Legislature passed House Bill 3643, making the possession of less than an ounce of marijuana a Class C misdemeanor. Many believe that Governor John Kitzhaber, who was also the Governor of Oregon at that time, only signed the bill to “not appear soft on crime”. Marijuana activists collected more then enough signatures to force a referendum on the bill, and it was not upheld by a margin of 2-1.

And then, in 1998, Oregon became one of the first states in the nation to legalize the herbal medication with a doctor’s recommendation. Dr. Phil Leveque was an integral force in the passing of that measure, and continues to be an inspiration to patients around the world.

55% of the voters approved medical marijuana on November 3, 1998, and the law went into effect one month later. 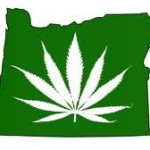 In June of 2010, Oregon became the first state in the nation to make marijuana anything less serious than a Schedule I drug. Reclassifying marijuana from Schedule I to Schedule II drug sent a message around the world that Oregonians had common sense. What it meant to the Federal Government was another matter.

CANNABIS FOR THE SICK AND DYING

There has been a major problem with the OMMP since its beginning. Everyone cannot grow marijuana for themselves; it is simply irrational to think it is possible. Everyone does not know a gardener that is willing to grow marijuana, either. Plenty of people rely on charity to attain their medicine, sad but true.

Up till this new bill goes into effect, the legal path is commonly this: after paying to see your doctor or clinic, getting your application signed, and then sending it all off (certified mail) to the State with at least $200 to become a legal card-holding Oregon Medical Marijuana Patient… there is no where to legally get any marijuana. This presented Oregonians with a problem that was mandatory to resolve. The only option was a drive to the black market. Just what those seeking to be legal had hoped to avoid.

Scores of dispensaries popped up around Oregon the last few years, and except for a few rare examples, they have performed business within the laws of the cities they are in. They have been good neighbors and contributed to the health and wellness of their communities, but until now they have not been explicitly authorized.

With this step forward, Oregon joins a dozen other states that allow medical marijuana dispensaries or retail outlets. We are number thirteen.

As this goes into effect, the Oregon Health Authority will have the power to run background checks, conduct on-site safety inspections and perform financial audits on the state-licensed dispensaries. The agency is now drafting regulations so the registry can begin as soon as possible. They have until March 2014 to finish drafting the rules.

Under the new bill, medical marijuana dispensaries and co-op operators will be legally allowed to set their own prices and reimburse state-registered cannabis growers.

Here are a few other important facts:

For the Oregon Medical Marijuana Program, this means more staff. They expect to hire four employees, two of whom will be inspectors.

There is no limit to the number of dispensaries or retail outlets that can be registered, but the state is expecting about 255 establishments to register in the next two years which will generate revenue of about $900,000.

This is the same state that first predicted about 500 people would join the program. As of the latest 2013 numbers, the State of Oregon has issued Medical Marijuana Permits to 56,000 people.

Not only is medical marijuana becoming common place, and a preferred choice in more and more cases, a major consensus among citizens seems to be that marijuana prohibition has run its course, and not just for medical use. Voters in Washington and Colorado legalized marijuana last year without a doctor’s recommendation. Oregon rejected a similar measure, but it was a close vote (53%-47%) and the campaign was run on a small budget.

Advocates are already collecting signatures with the intention of ending prohibition in Oregon in 2014. It will be more of a surprise if it does not pass, and the Federal government may soon follow.

An important fact to note is that most states that have passed medical marijuana laws have seen use among teens decline, and it has in Oregon as well, though a smaller decrease than the national average of 43%. It appears that as marijuana becomes less and less a taboo, it loses some appeal by the “rulebreaker”-mentality, most noticeable in young people.

Just as alcohol prohibition failed to prevent drinking, but led to the widespread production of often dangerous and always untaxed alcohol and fed into the development of organized crime and the violence that ensues, cannabis prohibition has been a failure.

And the fight to end all cannabis prohibition, once and for all, goes on.