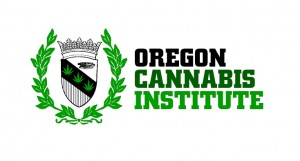 Medical marijuana shops in Oregon are opening their doors with state approval for the first time this week, but at least one may not be in business very long.

The Releaf Center, a dispensary located just outside Hermiston city limits, opened its doors Tuesday for the first time since Feb. 28. Owner Jim Ruhe said he shut the store down when the state’s dispensary law went into effect March 1, and waited for the state to approve his facility registration. The shop, and many like it around the state, had previously existed in a sort of legal gray area, neither explicitly authorized nor banned under state law.

Releaf’s state certificate came in the mail Monday afternoon, he said, and now hangs on the shop’s wall.

But the store could be shuttered again soon, this time for more than a year, if the Umatilla County Commission enacts a moratorium on dispensaries when it meets next week.

“How do I look my patients in the eye and say, ‘There’s nothing I can do for you,'” Ruhe said. “It’s a terrible feeling.”

George Murdock, vice chairman of the Umatilla County board of commissioners, said the commission will consider the issue at its April 2 meeting, but “whatever way we go, it’s going to be painful.”

Murdock said it’s the commissioners’ job to uphold the law, but a conflict between the federal prohibition on marijuana and the state’s law allowing registered facilities to sell the drug creates a “huge conundrum” for them. He said he didn’t think the issue should be decided at the county level, but state law leaves it up to them.

That law is SB 1531, which Gov. John Kitzhaber signed last week, days before the state began issuing medical marijuana facility licenses on Friday. It gives cities and counties until May 1 to block medical marijuana stores from setting up shop within their borders for up to a year. As many as a dozen communities already have passed or are considering ordinances that would do just that.

For at least six of the eight dispensaries the state approved last week, three in Portland and one each in Salem, Eugene and Bend, the moratoriums may not be a problem. They face another kind of uncertainty stemming from SB 1531.

The law also directs the Oregon Health Authority to set rules requiring pot products to be packaged in child-proof containers and prohibiting marijuana products that could be attractive to children. The agency last week proposed rules prohibiting dispensaries from selling nearly all pot-infused “edibles,” such as hash brownies and other sweet treats.

Those products make up about 15 percent of dispensary sales, store owners say, and help patients who cannot smoke and those who need a longer-lasting dose than other forms of the drug can provide.

Marijuana-infused cakes and cookies are “almost a requirement” for James Erickson’s wife. She suffers from chronic nausea, and cannot smoke or inhale the drug. They tried making their own edibles, he said, but “it was a nightmare,” so now they buy them.

The rule banning the sweets could change later this week before it goes into effect, the agency said.

For now, some dispensary owners are pulling pot-laced treats from their shelves and putting future orders on hold. Store owners say compliance is their priority, even as local ordinances and rules are subject to change.

As for Ruhe, he said he’ll make a “last-ditch effort” to appeal to the county commissioners, then “hope for the best.”